Windows 8 and 8.1 open Start Menu by default instead of opening Desktop Screen as you start your system. So, if you wants to open Desktop, you have to click on the Desktop option in the Start Menu. Here, I am going to tell you the steps by which you can easily bypass the start screen in Windows 8 and Windows 8.1. Following are the steps for how to boot to Desktop instead of start screen in Windows 8: As you click on the properties option on the Taskbar, a window named “Taskbar and Navigation Properties” opens in front of you. In the window, you will find four tabs. Among these tabs, go to the “Navigation tab“. At the Navigation tab, enable the option “When I sign in or close all apps on the screen, go to the desktop instead of start“. Congratulations! You have set Desktop as default in Windows 8 in just two simple steps.

The above-written steps are the simplest steps to boot your PC to the desktop instead of the start screen. However, you can try another method to bypass the start screen in Windows 8 and Windows 8.1.

Follow the following steps to set Desktop as default in Windows 8 and Windows 8.1: 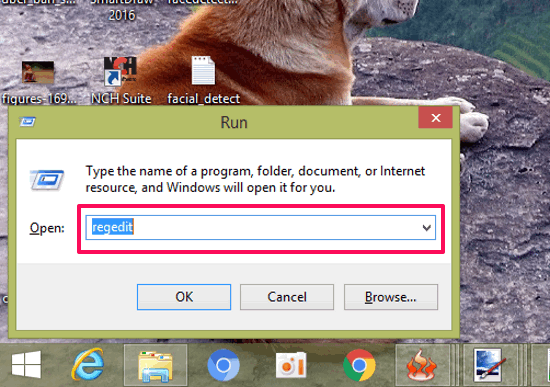 Note: You will be guided to make changes to Windows’ Registry in the following part. Be extra careful while handling registry. If you mistakenly make changes to Registry, it might cause fatal errors.

In short, you have to open the directory – HKEY_LOCAL_MACHINE\Software\Microsoft\Windows\CurrentVersion\Explorer\StartPage. Here you’ll see a key named – OpenAtLogon on the right-hand side. Right click on the OpenAtLogon and hit Modify option and change the value to zero, then press OK. Now close all the open windows and restart your computer. When you log into Windows 8, the Start Screen will automatically switch to the desktop.